Don't Chase After The Market News

Did you read the newspaper today or check the news online? Invariably, the stock market will be heading up or down, with the movement triggered by anything from company earnings announcements to a change in economic indicators or even a political event such as Brexit. And, more often than not, financial pundits may respond by urging investors to buy or sell something.

But you can drive yourself crazy, if you haven't already, by making stock market decisions based on what just has occurred or what you think will happen next. In fact, chasing after the news is a common investment mistake. There are at least four good reasons to avoid this temptation like the plague:

1. The stock market usually moves ahead of the news. 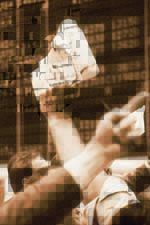 There was no "all clear" signal that the severe stock market downturn of 2008-2009 had abated. But the market hit bottom on March 9, 2009, and embarked on a long, profitable climb even as other financial news remained dire. Typically, stocks move about six months ahead of economic developments, reflecting the collective knowledge, trends, and inclinations of investors. If you try to beat the market by reacting to the latest news, you'll probably be much too late to benefit.

2. You don't have all the necessary information.

Markets tend to move based on the decisions of mutual fund managers or professional analysts who monitor and interpret financial data for a living. They have a lot more information than you do, and they get it much sooner than you—and millions of others like you—who will hear it on television or find it on the Internet. That puts you at a decided disadvantage.

3. You can't believe all the hype.

In this electronic age, media reports are often prone to hyperbole, as the pressure to generate interest from a fickle public continues to increase. That could lead producers to overreact to news tidbits or sensationalize minor events. One small incident usually doesn't portend a complete economic collapse, so take reports of impending doom with a grain of salt. It isn't likely that the sky is falling!

4. Market timing is difficult, if not impossible.

To be successful at market timing, you have to be extremely skilled or lucky, or both. Over the long term, buying or selling based on what you hear or read almost never beats a consistent, methodical long-term approach. It's better to make investment decisions based on financial particulars rather than on instincts and hunches.

Building a diversified portfolio combining stocks, bonds, and other investments can help you progress toward your financial goals—and it can help you stop worrying about what you hear on the news.